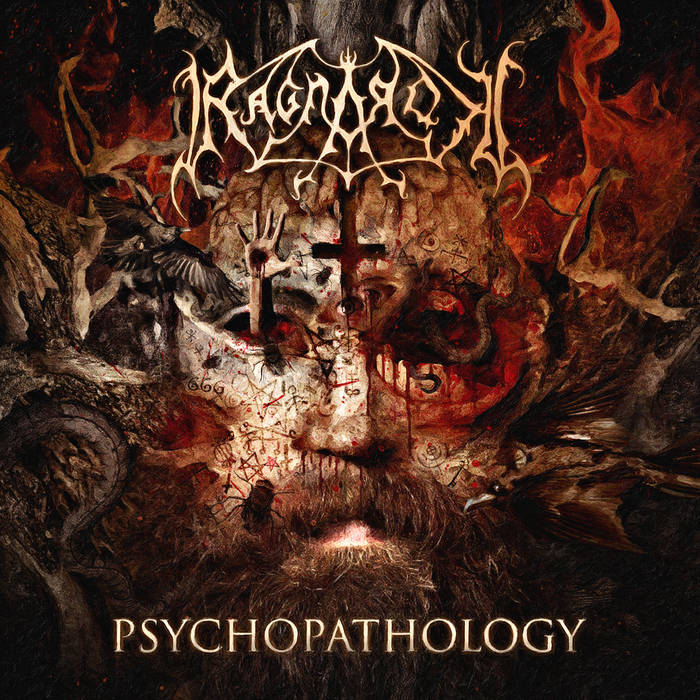 Friend of the Night

I am Black Hill

Norwegian RAGNAROK, a band that has been active for over twenty years on the metal scene, have completed work on their eighth studio album, "Psychopathology" in Endarker Studio (Sweden) with Marduk's bassist Devo behind the console. Cover artwork has been made by Marcelo Vasco (Slayer, Machine Head, Dimmu Borgir).

RAGNAROK took everyone by surprise announcing a bold role-swap in their line-up. "Psychopathology" is the first album in RAGNAROK's history that doesn't feature founder Jontho on drums. Having taken over the role of frontman, his place behind the drum kit is taken by Dauden drummer Malignant, who joined the band in 2014. Bolverk, is on guitars, and DezeptiCunt makes his swansong appearance with the band on bass as he leaves to concentrate on new projects.

Founder and frontman Jontho had this to say about fans can expect from the album: "Your wait will finally come to an end in 2016 when we release "Psychopathology", our eighth full-length album. I can say with absolute certainty that this album will be the best in RAGNAROK's career to date. It is the result of dedication, hard work, and the musical skills of our lineup, and is the next stage in the band's development, both musically and lyrically. "Psychopathology" is about to unleash total chaos upon you as it invites you to dive deeper into the dark recesses of the human mind".

- Jewelcase CD.
- Limited black vinyl.
- Limited to 133 handnumbrered copies transparent brown vinyl with red, yellow, white and blue splatter.
- Limited to 666 numbered copies CD BOX including the new album in CD format, a pin with a logo, poster, booklet with rare footage and old interview, and a bonus compilation CD "Chaos and insanity between 1994-2004" (featuring all of the band's early demos and EP's).
- T-shirt.