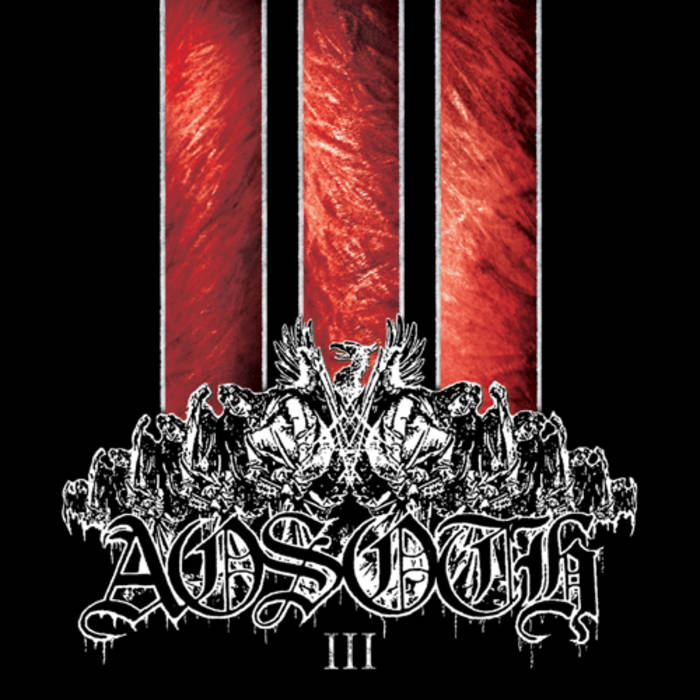 mourner A great and logical step up from Ashes of Angels. Here they really delve deeper into their own bleak atmospheres. Prepare to be taken there. Ah, and it's a one way ticket 🖤

Ippocalyptica This is, in a way, Aosoth’s most interesting album, containing the level of aggression witnessed in V with much of the atmosphere that made IV a modern black metal classic, but with a rawer production value than both of those albums. I still believe that IV is Aosoth’s best work, but III is right behind it, standing as an ideal synthesis of Deathspell Omega’s adventurous forays into dissonance and Antaeus’ relentless aggression, without at all being derivative. Bonus points as well for the drum programming that sounds very convincing and for a vocal performance not soon to be forgotten. Favorite track: VI.

𝕲𝖔𝖑𝖑𝖚𝖒𝖌𝖔𝖙𝖍𝖆 This album continues to relentlessly kick my ass over and over. The atmosphere of this monster is beastly. If listened to on repeat it has what I call an Ouroboros effect, as in it restarts itself. Favorite track: I.

Analbead Steve If you want to get your fucking face sawed off I'm sure these guys will help you out. Favorite track: IV.

Spinebrain A worthy addition to my Aosoth collection. Something in their sound and atmosphere draws me further deep into this madness. Favorite track: I.

Dean Vincent I like it when I listen to an album and it takes me places. Not necessarily in the geographical sense of the term but in the sensory aspect also. "III.." bridges the gap between "Ashes.." and "Arrow.." perfectly. A logical follow on from its predecessor (EPs/Splits aside) as well as being evident of the progress towards album number 4. Favorite track: VI.

The Will to Power

Antaeus mastermind & vocalist MkM exposing another side of the cult. While his previous band was focused on introspection and violence, Aosoth brings about a sicker approach, with "III" reaching another step in expressing sinister black metal. MkM is accompanied by BST (The Order Of Apollyon, VI) on guitars and INRVI (VI) on drums.